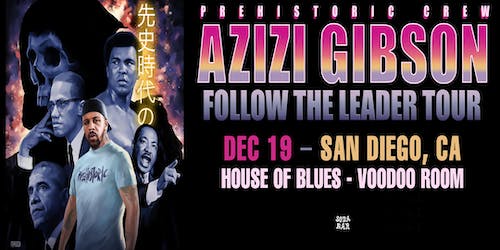 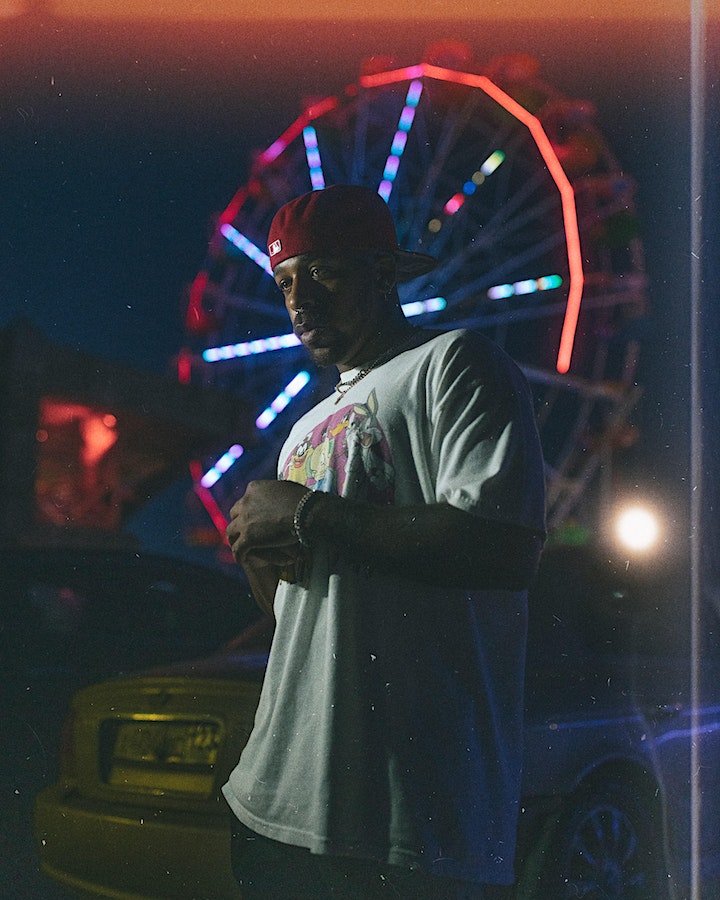 Rapper Azizi Gibson was born in Frankfurt, Germany in 1990. Part of a military family originally from Zaire, Gibson would spend the better part of his young life in transition. He lived in Singapore and Thailand before moving to Maryland, all the while becoming increasingly interested in boundary-pushing hip-hop production and lyricism. He dropped out of college in 2010 and promptly moved to Los Angeles. Already obsessed with rap, Gibson came to L.A. with a low-budget mixtape under his belt, blending his own articulate flow with clear influences from Eminem and the Pharcyde. As fate would have it, Gibson met famed producer Flying Lotus in passing several times after moving to L.A., and eventually gave the more established star a copy of his mixtape. He was signed to Flying Lotus' Brainfeeder label, which released his more polished 2013 mixtape, Ghost in the Shell. The next year he followed with the Backwards Books EP and released his first proper full-length, Prehistoric Till Death, in 2015. Second album A New Life surfaced in spring of 2016. ~ Fred Thomas/Apple Music