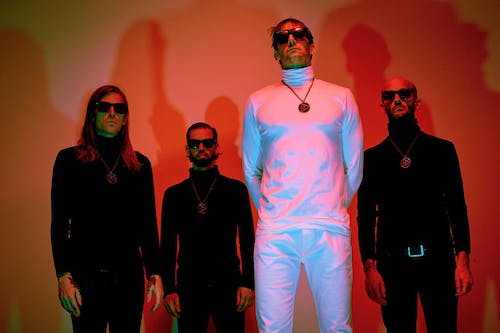 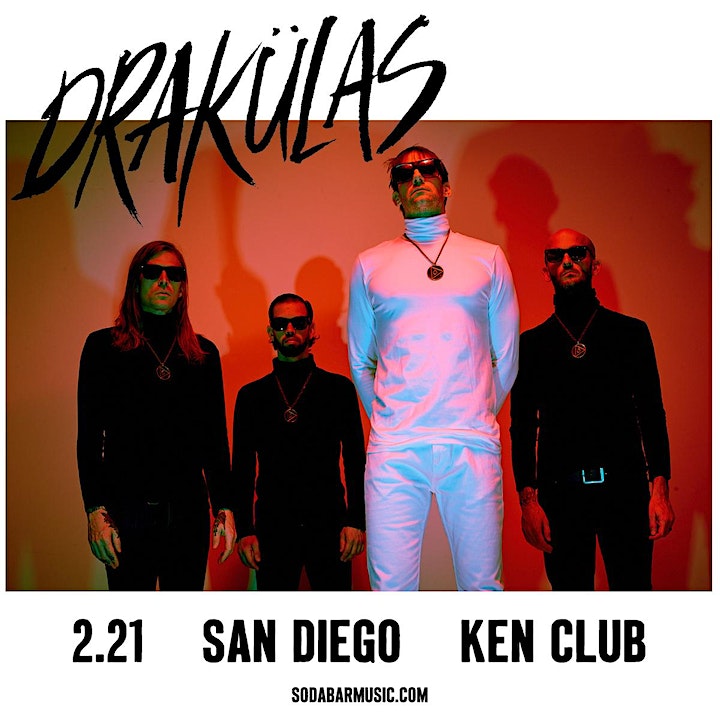 A sonic marriage of proto-punk, garage, 1980’s synth and new wave with lyrical content to match, Drakulas are a concept band donning black turtlenecks & medallions who exist in a fictionalized, late-‘70s metropolis soundtracked by drugs, pornography, video games, nightclubs, art movements and a little bit of a occult esoterica to spare.

Formed by Mike Wiebe and Rob Marchant of the Riverboat Gamblers and Zach Blair of Rise Against as a fully formed art project to explore new, dark avenues and be set apart from other projects, the band quickly went from a diversion to a full-time endeavor by touring, making videos and cultivating acolytes around the globe. After the OWOWOWOW 7-inch release and Raw Wavefull-length debut, Drakulas will release their brand new full-length album on Dine Alone Records next year. Stay tuned for more music and visuals over the following weeks and months.