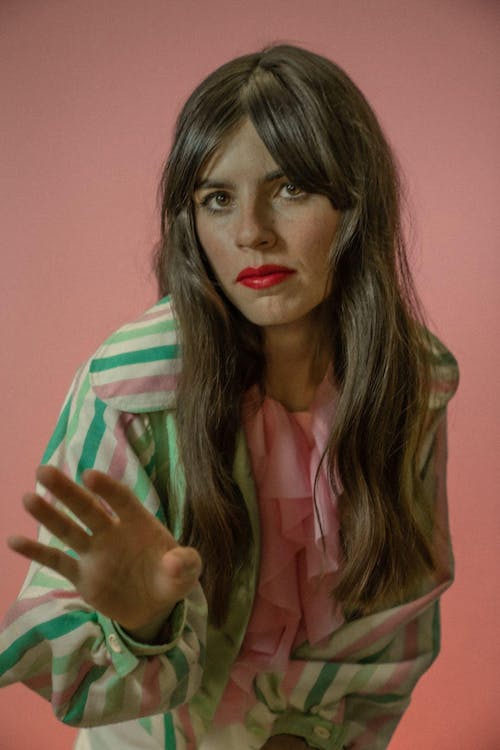 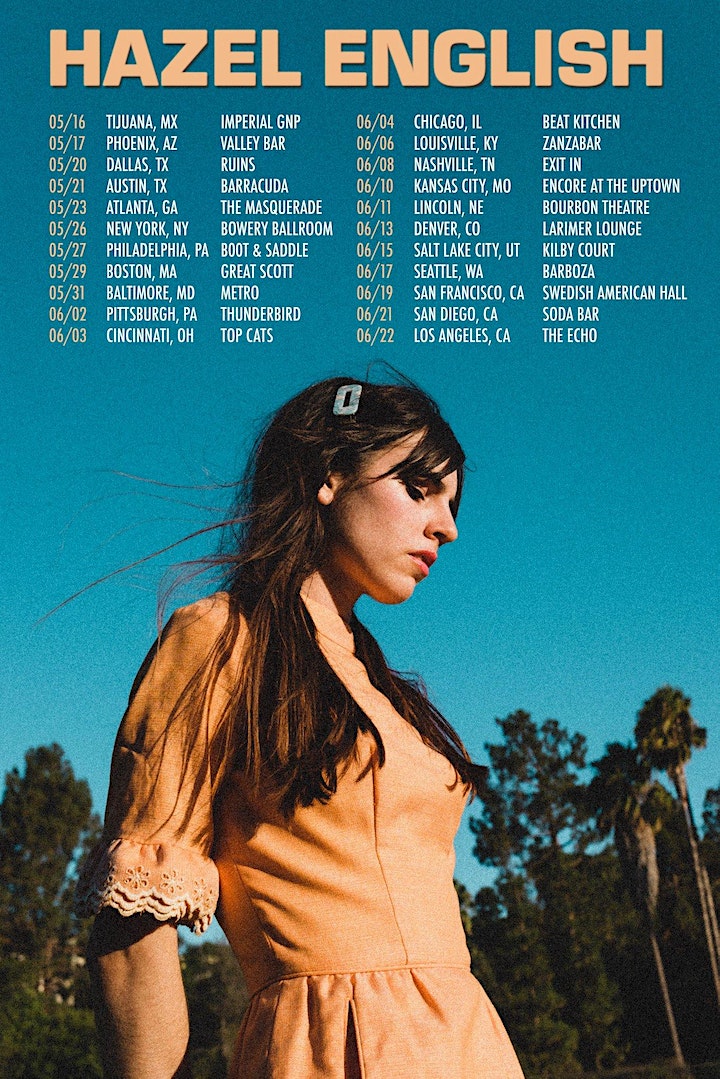 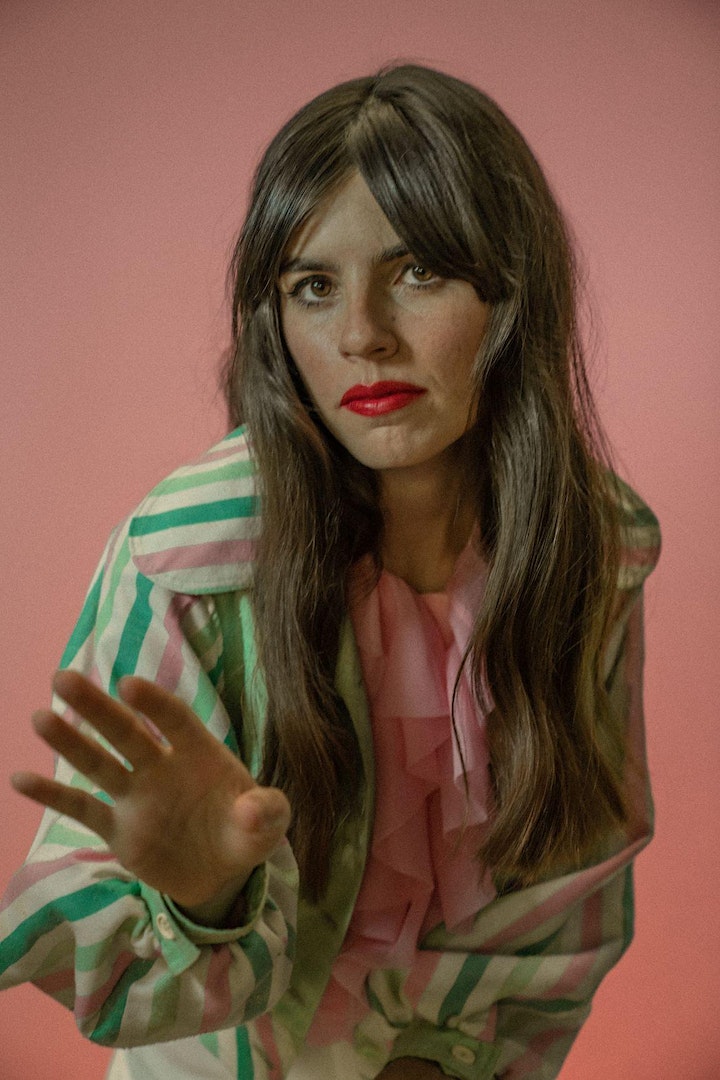 Hazel English is a shimmering daydream-pop artist who blends wistful, candid lyricism with jangling psych and beach-pop sounds. Her double EP ‘Just Give In / Never Going Home’ released in 2017 earned her huge critical acclaim, and saw her tour with Lord Huron and Death Cab for Cutie.

Since moving to LA, her sun-kissed sound has grown bigger, lusher, and more live-sounding. She draws inspiration from the ‘Revolver’-era Beatles, The Mamas & The Papas, Jefferson Airplane and sci-fi novelist Philip K. Dick. ‘Wake UP!’ is the upcoming first full-length album from English, and was recorded with super-producers Justin Raisen (Sky Ferreira, Charli XCX, Angel Olsen), and Ben H. Allen (Deerhunter, M.I.A, Animal Collective). The title being a personal mantra for her, ‘Wake UP!’ will be released in April 2020, and is an attempt to “make people become more aware and mindful” in their lives.