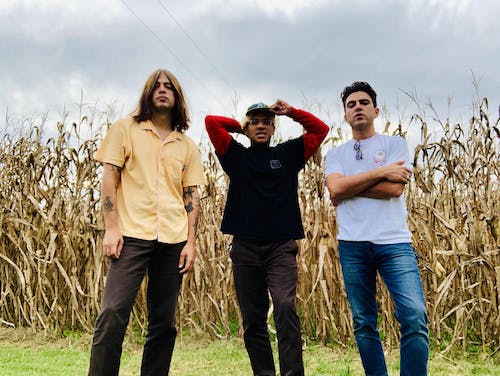 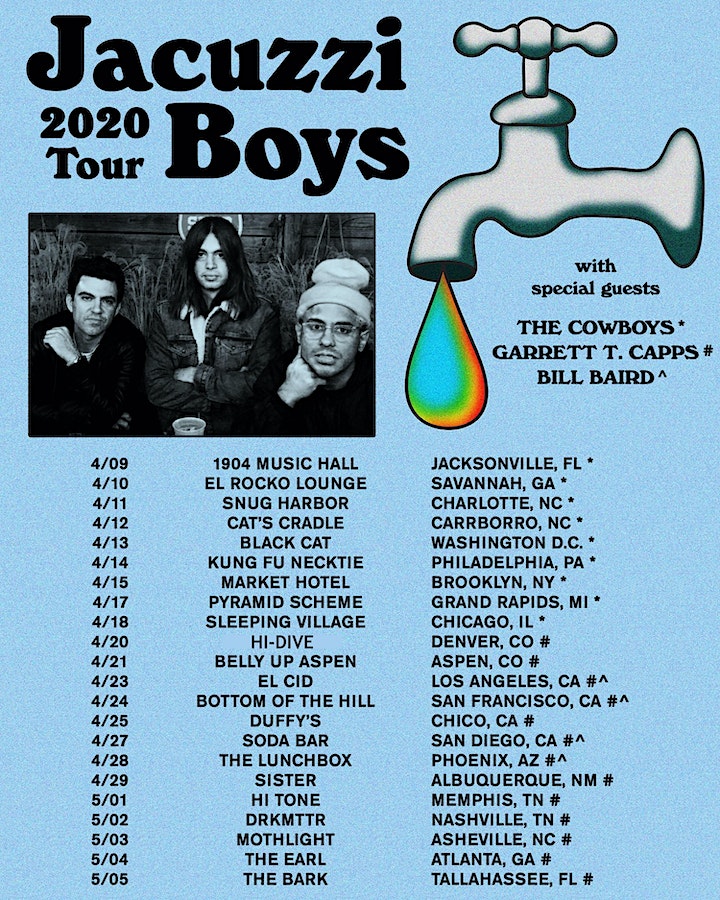 The year, 2007. The Boys, Jacuzzi. Hatched inside a vulture's nest, Jacuzzi Boys emerged from deep within the Florida wilds, three radioactive chicks cawing for their piece of electric rock pie.

With No Seasons (Florida's Dying) they freaked their way through the swamps, a psycho stomp of a record, all hallucinations and hand claps. Glazin’ (Hardly Art) found a more polished sound. They installed AC units inside their mobile homes, found a way to turn neon into ice cubes. Now, with their third full-length, the self-titled Jacuzzi Boys, they're going grand, building limestone monuments to those that boogied before them, while writing hypnotic ear worms by the light of a cigarette. Gone is the swamp-thing snarl. In it’s place, the indestructible cool of the casino slot-jockey with nothing to lose.

It’s like that movie you once saw. The one with the boy and the girl and the plastic lounger on the beach. “Be My Prism” was the invitation. “Black Gloves” and “Double Vision” the promise. “Dust” was the rising tide. “Rubble,” the dirty uncle. “Hotline” was the lightning storm, and “Ultraglide” was the ending, the part where he drove her home with the windows down.

You remember you liked it.

It stayed with you while you swam alone in your pool that night.