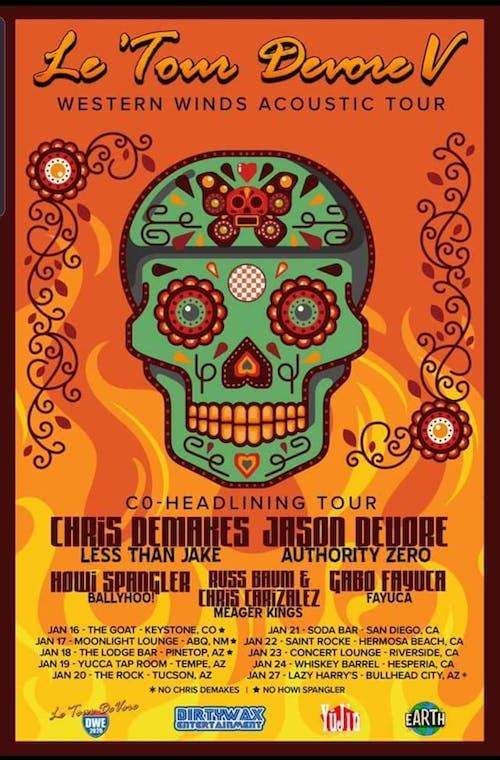 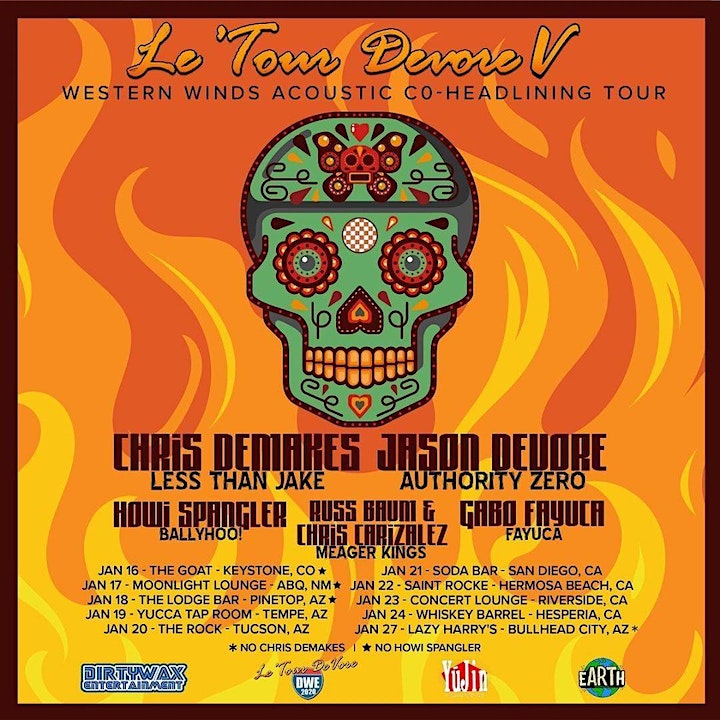 Jason DeVore was born in 1979 in Mesa, Arizona (MTAZ) shortly after he moved with his family to Wyoming. When DeVore was 11 years old, he returned to Arizona to stay with his father every summer. It was on these summer trips home that Jason formed a group of friends that would later become Authority Zero.

Authority Zero was formed in 1994 and DeVore took on the challenge of becoming the bands lead singer. DeVore brought his high energy and raw talent to every performance making his frontman position the perfect fit. The band played out locally for the next 6 years and in 2000, Authority Zero signed a record deal with Lava/ Atlantic Records.

For the next nine years, DeVore and his bandmates hit the ground running by touring heavily around the world. In 2005, Authority Zero had grown in popularity but DeVore still longed for musical growth. DeVore started to focus on playing guitar more technically while singing simultaneously. This allowed DeVore to discover his voice in a new way and approach music more melodically. This exploration led DeVore to write a series of solo/acoustic songs which were entirely different to those he had written with the full band. After writing these songs he approached his good friend Bryan Sandell with the tracks he developed.

Sandell and DeVore would then embark on a long journey that ultimately led to DeVore's first solo album, "Conviction Volume I: The Smoke House Sessions". Throughout the recording process, Jason began to pick up new instruments (everything from the saxophone to the Irish tin whistle for experimentation and diversity.) The two decided to start a DIY record label, Operation Records to release the first album. DeVore began playing out locally as a solo acoustic act, drawing crowds from all walks of life.

In 2007, DeVore had approached Sandell once again with new songs and was eager to record his second solo album. Throughout this time, Sandell's recording skills and equipment had advanced which opened new doors for both of them. Sandell and DeVore would work on the album between tours and busy schedules and in 2010, "Conviction Volume II The Crooked Path” was released.

Nine years later, with more miles under DeVore’s belt, “Conviction Volume III: The Road To Clarity” is set for release on March, 1 2019. Many of DeVore’s friends are showcased on this new album including, Authority Zero bassist, Mike Spero. Conviction Volume III: The Road To Clarity” explores the ups and downs of life on the road by examining life stories and tribulations. The album is about seeking purpose, happiness and above all…Clarity.