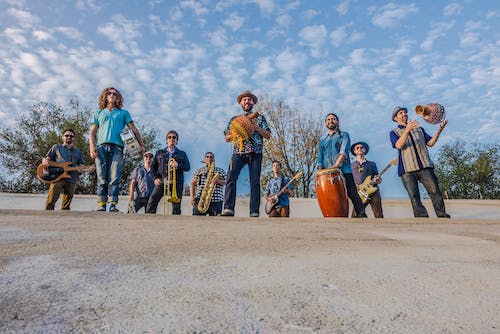 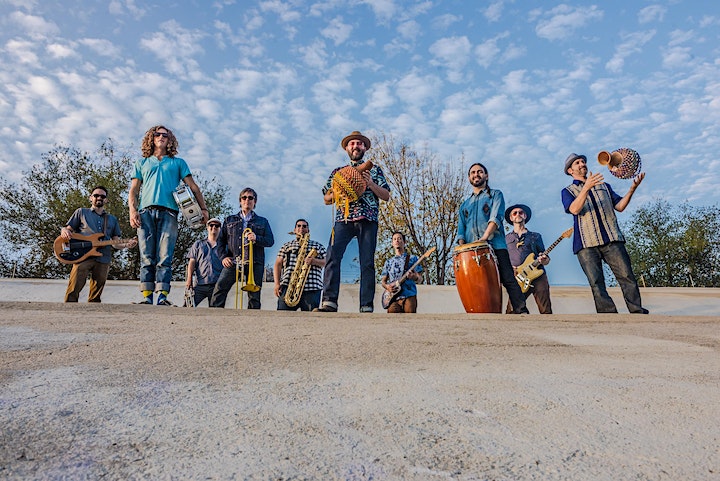 The JUNGLE FIRE sound digs deep into Afro/Latin Funk with an approach that is authentic and highly explosive! The Los Angeles- based 10-piece TropiFunk juggernaut pulls its influences from the music of legends such as Irakere, Ray Barrett, James Brown, Fela Kuti and Manu Dibango (just to name a few) while creating a melting pot of Afro-Caribbean and West African rhythms with a heavy break beat funk.

Originally conceived as a one-off project in 2011, JUNGLE FIRE quickly gained attention by lighting up local clubs and underground warehouse parties in Los Angeles’ thriving funk/soul scene. A healthy buzz about the band spread by word of mouth, eventually connected them to Colemine Records, the Ohio-based indie soul label which cut their first 7” single, “Comencemos” (a cover of Fela Kuti’s “Let’s Start”). Lauded by DJs, radio stations, tastemakers and rabid funk fans across the globe, “Comencemos” (with its B side, the original tune “Tokuta”) sold out internationally and paved the way for the band’s second 7” Colemine release titled “Firewalker”. In September 2014, their debut LP titled “Tropicoso” was released to great critical acclaim via Los Angeles’ own Nacional Records. The band’s follow-up album “Jambú” (also on Nacional Records) debuted at No. 4 on the Billboard Latin charts in February 2017 leading to many features in a wide variety of films, commercials and TV shows including spots for VICE, Starbucks and the sound track to Lionsgate’s “How to Be a Latin Lover” with Eugenio Derbez and Salma Hayek among many others.

JUNGLE FIRE’s members’ diverse musical and cultural backgrounds are a direct reflection of the musical and cultural landscape of Los Angeles, with the city’s unique international and multicultural mix of sounds and flavors being critical components of the group’s sound. Individually and collectively, JUNGLE FIRE’s musicians have recorded, toured and/or played with Stevie Wonder, Breakestra, Ozomatli, Quantic, Alice Russell, De La Soul, La Santa Cecilia, Celia Cruz, LCD Soundsystem, U2, The Greyboy Allstars and Kelis among many others.

JUNGLE FIRE’s live performances serve up a healthy dose of originals and deep Afro/Latin Funk covers all cooked up together in a live mix-tape style, ensuring an energy that is nothing short of burning. Juno Records (UK) accurately sum up the JUNGLE FIRE live show experience: “Few bands live up to their name in the way JUNGLE FIRE do... each JUNGLE FIRE jam blazes the floor with real power”.

Since their inception, JUNGLE FIRE has played an impressive amount of club dates and festivals both domestic and abroad having shared the stage with the likes of Shuggie Otis, The Blackbyrds, Lee Fields, Charles Wright, Brownout, The Budos Band and even performing for Los Angeles’ most recent mayoral inauguration.

During the winter of 2013 JUNGLE FIRE embarked on a massively successful 8-city tour of the UK, playing to packed venues at every stop, including headlining Craig Charles’ Funk Club (Band On The Wall) and BBC 6 Radio. The band’s performance in the 2014 Mompox Jazz Festival (Colombia) was hailed as one of the high points of the event by the local press. Most recently, they played to a full dancing house at New York City’s Lincoln Center Out of Doors Festival, gave two sold out back-to-back performances in São Paulo’s famed SESC Pompéia and headlined Los Angeles’ 2016 NYELA celebration for a crowd of over 50,000 attendees. In October 2017, JUNGLE FIRE will return to Europe to play Barcelona’s Say It Loud Festival. 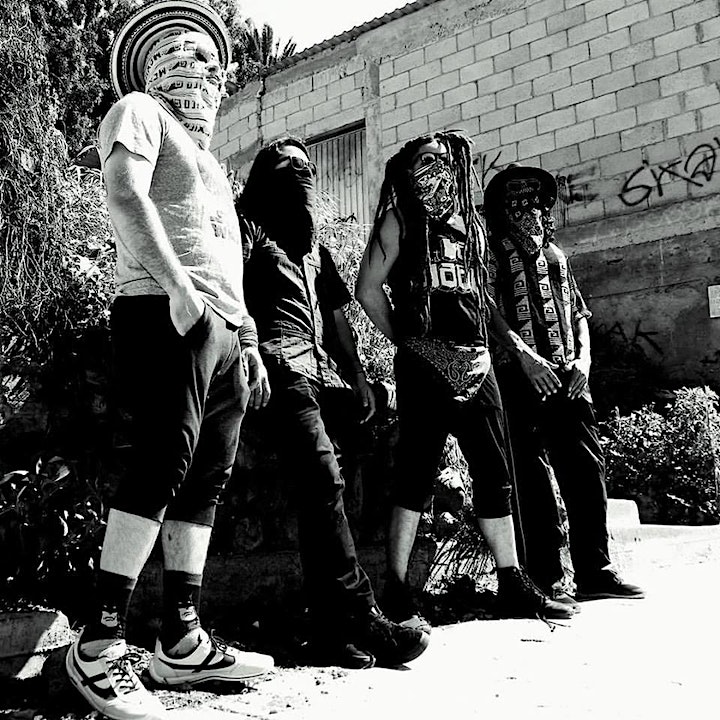 La Diabla is an infectious rhythm, five faces strategically concealed behind sunglasses and bandanas, and is credited with creating an appetite for Colombian Roots Cumbia in Tijuana and its sister city of San Diego. This band stays true to traditional instruments such as the accordion, guacaracha, and caja valleneta. La Diabla translates to "The She-Devil," and will seduce audiences with Cumbia Sabanera throughout Los Angeles and Southern California and beyond.