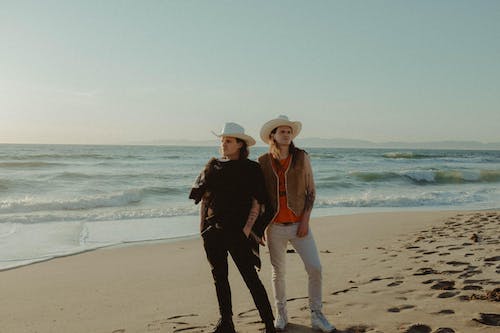 Mating Ritual is an independent pop duo based in Los Angeles, CA. Previously known as Pacific Air, Ryan Marshall Lawhon founded Mating Ritual in 2014 when his brother Taylor decided to go back to school. Though initially a solo project, Mating Ritual became increasingly more collaborative leading up to his debut album, 2017’s How You Gonna Stop It?, released on Ryan’s own label, Smooth Jaws. Working heavily with other LA songwriters and artists, including ascending pop singer Lizzy Land, the brothers realized they missed creating music as a duo and immediately began work on Mating Rituals sophomore album, Light Myself On Fire.

Blending Taylor’s love of 80’s synth pop with Ryan’s post punk infatuation, Light Myself On Fire is a darker, grittier record that shows the brothers refining their individual talents from a much grander and more unified statement. Written entirely after midnight (with the exception of one noticeably sunny tune), these 9 songs talk about maturation and commitment. “Committing to anything long term can be difficult,” says Ryan “Boredom and complacency set in, and while change can be a good thing, using it as a crutch will just bring you back to the same place, feeling emptier than before. This album is about learning that the grass is not always greener, that the next fleeting dopamine rush won’t solve everything. In a weird way, I think this my better-late-than –never coming of age record”