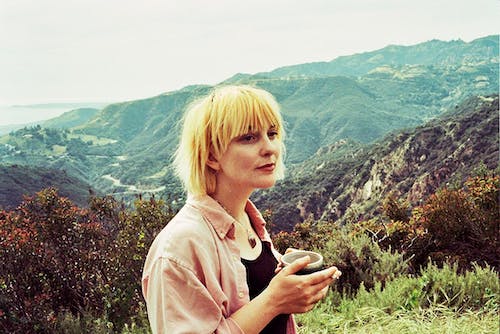 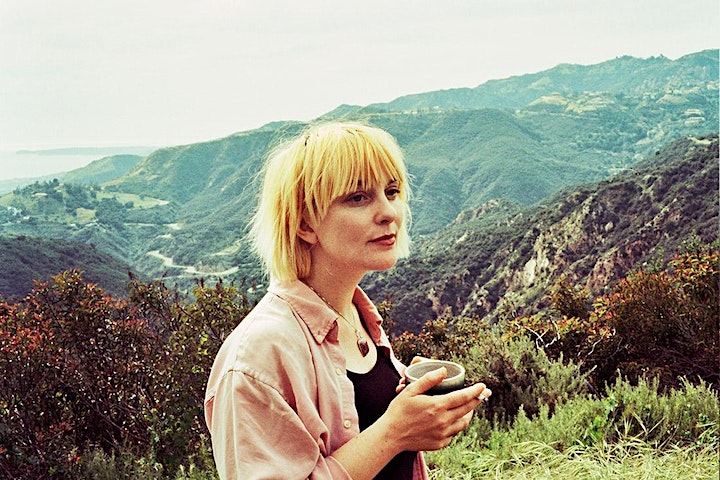 Mega Bog is the fluid musical moniker of songwriter Erin Elizabeth Birgy, a Pacific Northwestern rodeo child with an unmistakable laugh, who was allegedly cursed upon conception. She has spent the last ten years channeling, capturing, and releasing her unique bouquet of fragrant, sci-fi pop experiments with a handful of bicoastal collaborators. Mega Bog has visited a significant portion of the Western world, frequently looping the USA and Europe to sing in tiny art spaces and haunted historical theaters alike. The live concerts are known for their emotional unpredictability. Onstage, Erin’s current mood is amplified, for better or for worse; she is an honest and unflinching performer.

The title of Mega Bog’s newest album Dolphine—her fifth, and first for Paradise of Bachelors—is inspired by a myth that suggests that, as humankind evolved from sea creatures, some individuals chose not to leave the water and walk the earth, but rather to stay in the ocean and explore the darkness as dolphins. (The extra ‘e’ was added to take the word out of the everyday, translating it into a potential futuristic dialect.) Dolphine is an album for the swimming human shadow obscured by waves. The songwriting was inspired by Erin’s own swim through a myriad of overwhelming emotions, including the ongoing mourning following the death of her childhood horse companion Rose, her navigation of the feelings and physicality of two abortions, and the hapless and shattering social, political, and environmental turmoil on the planet known as Earth.

In October of 2016, Erin took her dark sketches to the Outlier Inn studio in Woodridge, NY, with a passionate crew of deeply bonded musicians. Together, they arranged and executed these eleven dizzy pop songs, live, over a tight seven days. In addition to Birgy (vocals, guitar, piano), the lineup included Meg Duffy (guitar), Matt Bachmann (bass), Derek Baron (drums), James Krivchenia (engineering, percussion, effects), Aaron Otheim (synthesizers, piano), and Ash Rickli (guitar and vocals). Later, Will Murdoch (clarinet, synthesizers) and Zach Burba (synthesizers, bass) offered their own atmospheric overdubs from their home on the West Coast. Over the next year, Erin added to the tapestry with vocal contributions by Nick Hakim and Kalen Remy Walther, upright bass by Benjamin Murphy, textural guitar by Austin Jackson, and saxophone by Jeff Tobias, until she had successfully excavated each cold mystery with proper care and wonder. The completed sound is thick and inviting. Bellowing, breathless vocals, mystical lyrics with the presence of poetry and the intuitive logic of dreams, and promiscuous, sometimes dissonant chord structures swirl together, coalescing into hazy and hypnotic fantasies.

The songs of Dolphine are ablaze with jealousy, anger, and sadness as well as the powerful glow that comes from attempting to hold those feelings with care. Inspired by the poetry of Alice Notley, the novels of Ursula K. Le Guin, and the art of Ian Cheng, Birgy spins her manic web of emotions into beautiful, abstract future poems. With each lurid image—a stupid scorpion, an abdomen of small snakes, another picture of milk, foxes bloating up Eastern expressway shoulders—Erin dunks listeners deep into her subconscious, and it’s up to us to surface, buoyant, and paddle through.

On album opener “For the Old World,” anguished affection and confusion bloom over lounge-music genre perversions, both ethereal and belligerent. On “Diary of a Rose,” Erin steps through her losses and growths to a continuous groove that crescendoes into melodic chaos and revelation. “Truth in the Wild” (the title is taken from a quote by Ian Cheng) speaks surreal and lonely images over soft percussion, classical guitars, and clarinet, pointing to influences like Joni Mitchell’s jazz period and Laurie Anderson’s 1989 record Strange Angels. “Untitled (with ‘C’)” was written for Philando Castile the day after his murder, and “Fwee Again” works through all of Dolphine’s devotions instrumentally.

Ash Rickli wrote and sang the airy outlier “Spit in the Eye of the Fire King,” recorded on the porch of the studio with the wind chimes blowing. Between the album’s recording sessions and its release, Ash’s heart stopped unexpectedly during one of his live shows in Athens, Georgia. He was thirty. The tragedy, devastating to the many people who loved him, permeates the album. Ash sings:

I was born in the dark

To extinguish the spark that put light by itself

At the beginning of the sessions, Ash wrote a radio play based on his playful interpretation of Erin’s tarot reading for herself. Titled Avenging Mind, it was intended as a companion piece to Dolphine. The recording remains unfinished. The following monologue is an excerpt:

That which is freely given… Energy passing unseen from my inner eye … exacting compassion and careful deliberate movements… There! … That sphere! … Of course it’s not an ordinary time machine; it’s an incubation chamber. One that exists between planes, floating lucidly on the edge of dreams through the spires of Crystal City and beyond to the mountains. I can feel her forming now … “Athene” … Safe from the punishment of endless time and realized in a realm through which all things intersect and seem to dissolve.

Dolphine, too, inhabits that realm of realization. 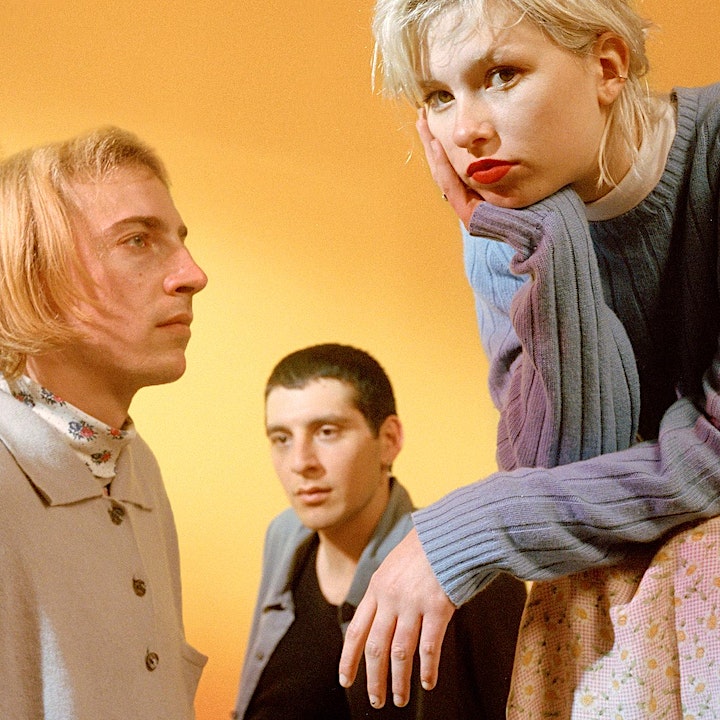 Rose Dorn is a trio of songwriters who, though initially scattered across Los Angeles’ San Fernando Valley, met somewhere in Eagle Rock. This origin story functions well as a metaphor for their music, which at once feels eerily familiar—close to home—and simultaneously escapes total understanding, never arriving where you’re expecting it to, as in a dream. Showcasing the synergy of three sensitive minds, Rose Dorn’s bittersweet songs always seem to reflect multiple sides of the moods and stories they’re sharing. Therein lies the power, even magic, of a Rose Dorn song. And this is to say nothing of the music itself, of the tones and textures that walk that same line between reality and ethereality.