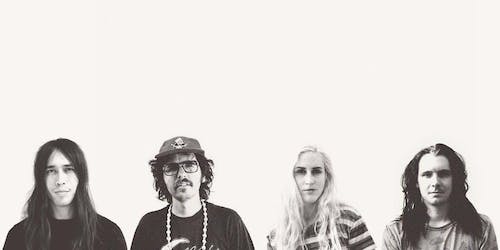 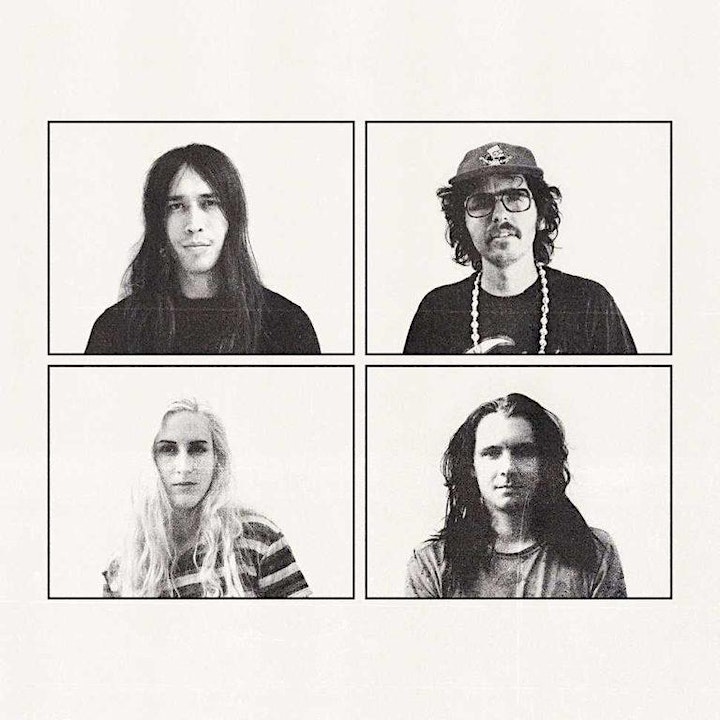 The album’s latest single hammers this point home, existing out there in the ether with vapor-trailed verses and synths that sparkle and fade like stars. “This song was an idea that started on an old upright piano,” explains Dolas. “As it went to be tracked in the studio, it transposed into organs, synths, and mellotrons, running through all sorts of outboard gear and tape delays and then ultimately significantly slower tape speed playback.”

Matt Jones — Dwyer’s other half on the Castle Face front — gets to the heart of the matter even more, telling us to “lean back and let the invisible hand of Mr. Elevator escort you heavenwards for a spell…. Circling higher and higher you see buzzards on the wheel below…. Then airplanes…. When you’re this high above the clouds the air gets thinner, the sky gets blacker, and the only way to go is down.” –– self-titled magazine 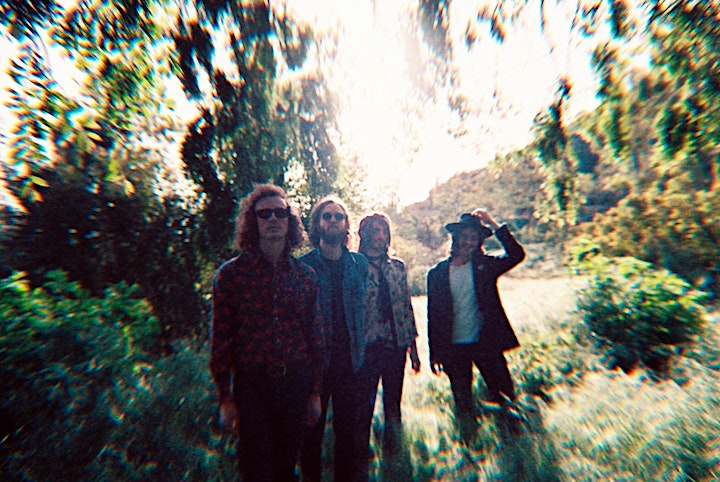 TRIPTIDES is a Los Angeles based psychedelic rock group led by multi-instrumentalist Glenn Brigman. It began in the summer of 2010 as a series of sun-drenched home recorded tape machine experiments. The band has since released six full length records and a number of singles and EP’s. Their music dives through realms of sonic clairvoyance complete with melted guitars, swirling farfisa organs and vocals like sunlight through the fog.

The band’s latest record “Visitors” was released in 2018 to critical acclaim, with AllMusic calling it “their best sounding record to date” and LA Record describing it as “an expansive expedition into the undercurrent of the late sixties.”

From international tours to performances at Desert Daze and Barcelona Psych Fest, the band has continued at a strong pace and shows no signs of slowing down. 2019 will see the release of their new single “Nirvana Now” on Hypnotic Bridge Records and their return to Europe for another tour including several festival performances including Astral Fest (UK) and Plisskën Festival (GR). They will also be touring the USA in September with stops at Lincoln Calling Festival and Back Alley Ballyhoo. The group will be teaming up with Brooklyn based Greenway Records for a new release in the fall.