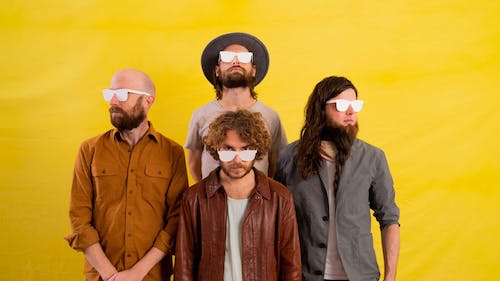 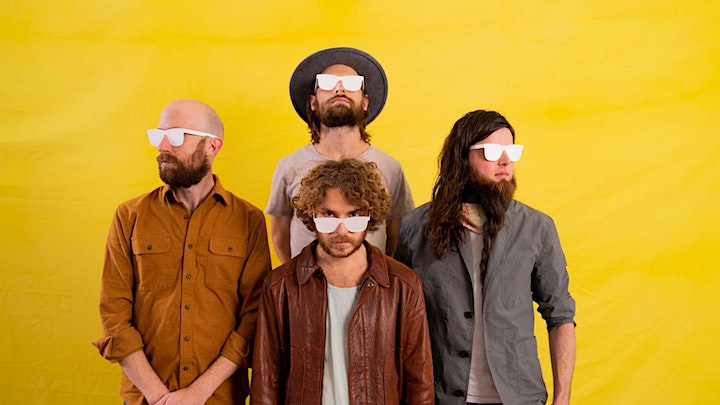 Parsonsfield, praised for making "the most jubilant and danceable indie roots music this side of the Carolinas” (NPR), is a folk-rock outfit known for their rich harmonies, vibrant songwriting and energetic live performances.

Parsonsfield’s latest release, WE (2018 Signature Sounds), is contemplative, filled with real life struggle and excitement. The album takes us from the joys of childhood discovery to the depression and confusion of a quarter-life crisis to dancing your way toward the darkness at the end of days. In this collection of songs they push the boundaries of their harmony-driven grassroots origins to create their own distinctive Americana, integrating pop and bold rock flourishes along the way. Produced by Dan Cardinal (Josh Ritter, The Low Anthem, Darlingside), WE captures the band’s maturing sound, having as much influence from 90’s rock and 70’s R&B as it does the indie folk material that fans have come to expect.

The band draws their name from the rural Maine town that's home to the Great North Sound Society, the farmhouse-turned-recording-studio of Josh Ritter keyboardist/producer Sam Kassirer. It was there that Parsonsfield cut their outstanding debut, Poor Old Shine (2013 Signature Sounds), which established them as a roots force to be reckoned with. Their rowdy live performances only upped the ante, with The Bluegrass Situation falling for their "fun and frenzy" and No Depression raving that they'll "give you rich five-part harmonies one minute…then rock you over the head with unbearably cool and raucous Celtic rhythms."

They once again called on Kassirer for their follow-up, Blooming Through The Black (2016 Signature Sounds), enlisting his engineering and production ingenuity to help convert an axe factory into a temporary recording studio. American Songwriter says Blooming Through The Black captures “the live energy the band has come to be known for.” WNYC says "Parsonsfield is based in western Massachusetts, but their music draws on the string bands of Appalachia. At least in part. They also like to crank up the amps and pin your ears to the wall.”

Catch them onstage any night and the band’s joy is palpable. They trade instruments, share microphones, and shoot each other big grins. They sing in tight multi-part harmonies, their voices blending like they've been doing this together all their lives. That’s because Parsonsfield is a family band, not by birth but by choice.