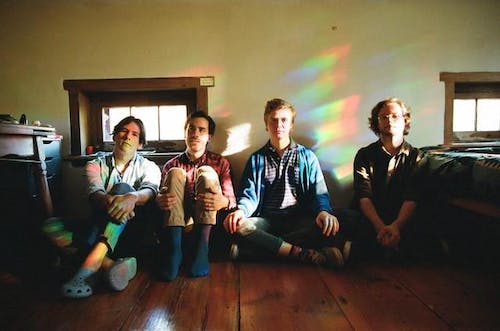 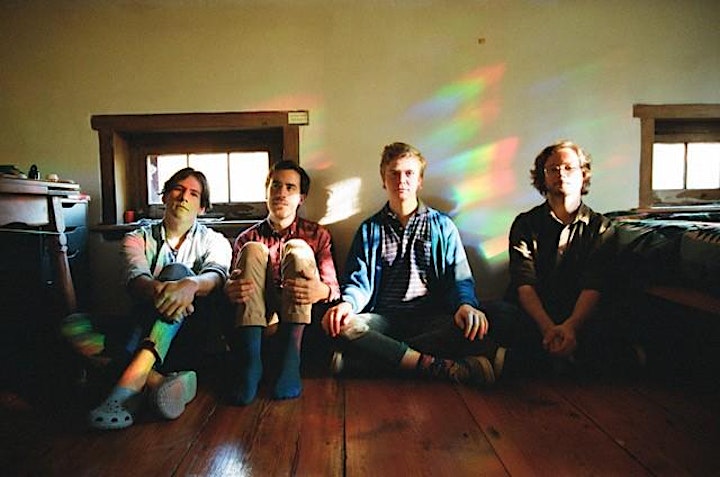 Pinegrove’s new album begins with a breath and ends with a shimmering exhalation. In between is Marigold, an urgent, multivalent meditation—and an expanded take on the blend of alt-country, indie rock and cerebral humanism that’s inspired the band’s ardent fan community. Marigold marks their Rough Trade Records debut, offering what songwriter Evan Stephens Hall calls a “heart-first” perspective.

Those familiar with Pinegrove will recognize signature elements of the band’s sound: literary yet conversational lyrics, geometrically interlocking guitars, the dynamic shifting shadows of rhythm and structure. But this effort marks the most spacious, bold, and well-defined iteration of the project yet

Formed in 2010 by childhood friends Evan and drummer Zack Levine, Pinegrove have released three previous albums — Everything So Far (2015), Cardinal (2016), and Skylight (2018) — to massive critical acclaim, garnering them a widespread and devoted listenership. They’ve described their sound as variously as introspective party music, or energetic music in the folk tradition; in any case they have combined catharsis and inventive structures with irrepressible melodies, resonant lyrics and emotive twang. Marigold finds the band expanding into the latter, spreading out over varying tempos and swelling pedal steel. But in surprising moments, the album can suddenly unfold into the band’s heaviest, most unbound offerings yet—a cavalier disregard of genre in favor of something honest and unique. 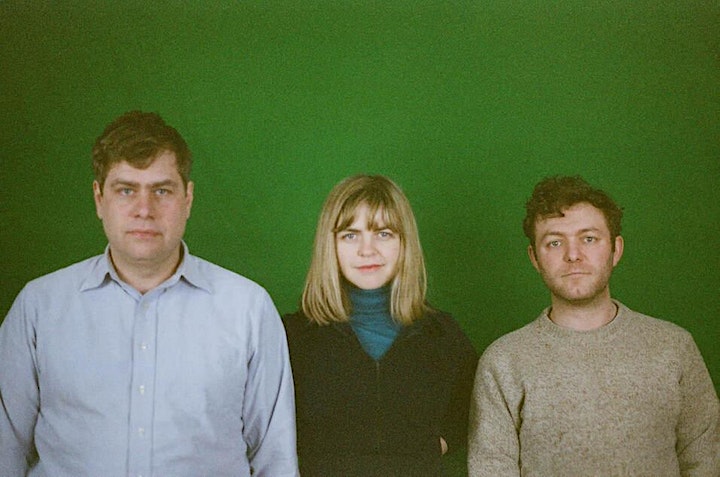 Their first album is self-titled, Lake, but is also known as Lake at the Department of Safety. Karl Blau recorded and produced this record at the local firehouse-turned artist-in-residence and creative space, Department of Safety in his hometown of Anacortes, WA. The sound of the album borrows from the band's wide influences of folk, bossa-nova, soft-rock, and Maher Shalal Hashbaz.

LAKE’s next release, Cassette, was home-recorded in Olympia with help from Portland band, Typhoon. These recordings were originally demos were intended for a recording session with producer, Tucker Martine, but the recordings turned out so great, the band self-released it as a cassette e.p. Over the course of the next two years, LAKE recorded sporadically with Tucker at his home studio in Portland, but the final product has been put in the vaults for now, waiting to be released. Cassette was eventually turned into a full-length album with additional songs from the sessions, through Funkytonk.

Next the band speed-recorded and self-released a dancy, up-beat album, Oh, The Places We’ll Go. While touring their album in Europe, the band got word that K Records was interested in releasing Oh, The Places We’ll Go, thus would begin their relationship to release the next three albums, Let’s Build A Roof, Giving and Receiving, and The World is Real .

In 2009 LAKE entered Dub Narcotic Studio at K Records to record another album with Karl Blau a, Let’s Build A Roof. Following the album’s release, the band toured with Karl in the US and Europe for the “Let’s Build a Zebra” tour. Recorded by Calvin Johnson at Dub Narcotic, and mixed by Karl Blau, Giving and Receiving was laid to tape which began to disintegrate, and in effort to save the fruits of their labor, it was transferred to digital, a first for LAKE.

In the fall of 2012 Ashley and Eli toured Japan, where they began selling a cassette called Avocado, compiled of outtakes and alternate cuts of songs spanning their career. It contained an alternate version of “Christmas Island” which originally appeared on Let’s Build A Roof, and is featured on the Cartoon Network show Adventure Time.

In 2013, LAKE released The World is Real, on K-Records. Recorded with the help of Ben Hargett, the album is the last with founding member Lindsay Schief. A short time later, the band recorded yet another album with Karl Blau, in Anacortes, at the Unknown studio. Circular Doorway was also released in 2013.

LAKE released the album Forever or Never with the German label, Tapete, in April 2017. LAKE is currently working on their next release at the Anacortes Unknown recording studio with Nicholas Wilbur.