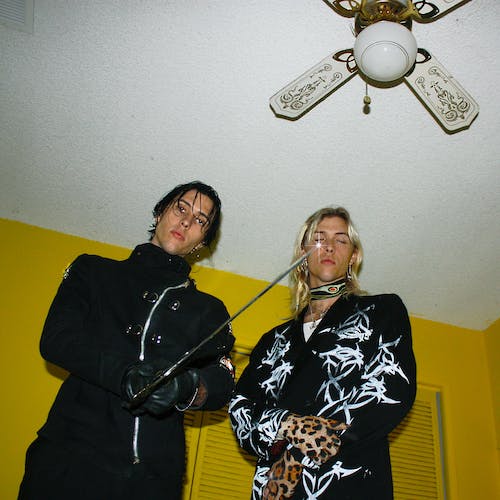 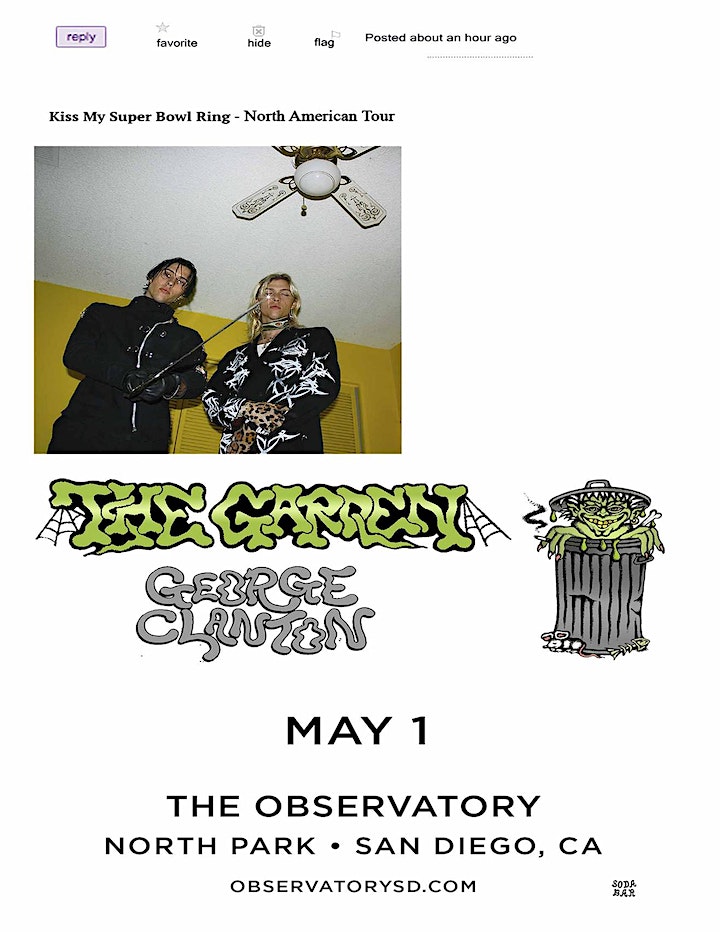 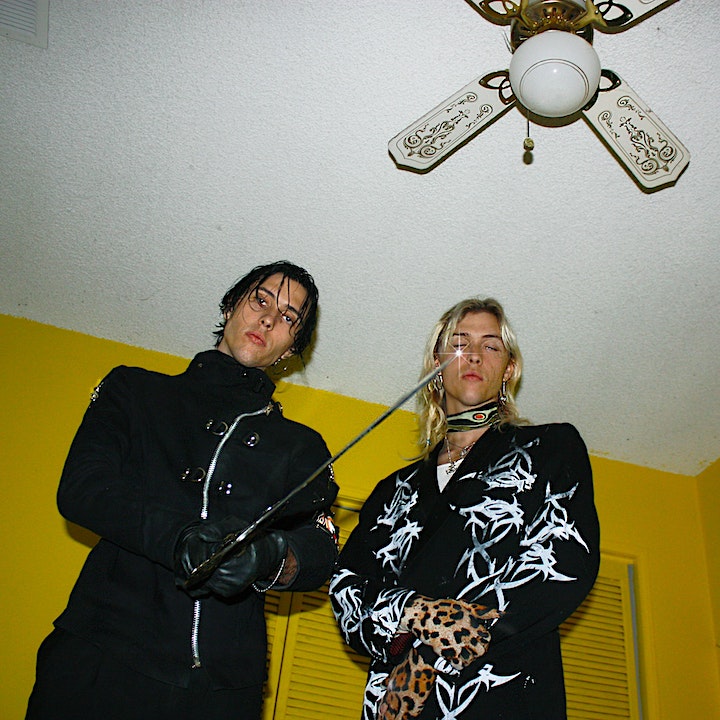 "The Garden is an ever evolving duo from Orange County, California. Established in 2011 by twin brothers Fletcher and Wyatt Shears, they also created the term, "Vada Vada" to represent their music and other endeavors.

Typically seen live playing drums and electronics, Fletcher can also be seen front and center on vocals, belligerently performing alongside his brother, Wyatt.

Wyatt consistently takes position of lead vocals and bass in the duo whilst performing and can be seen simultaneously moving in un-choreographed bizarre patterns.

Touring globally since 2012 they have become known for their energetic, aggressive and off the wall performances.

To date the twins have released four EP's, three full length LP's – the latest “Mirror Might Steal Your Charm” released on March 30, 2018.” 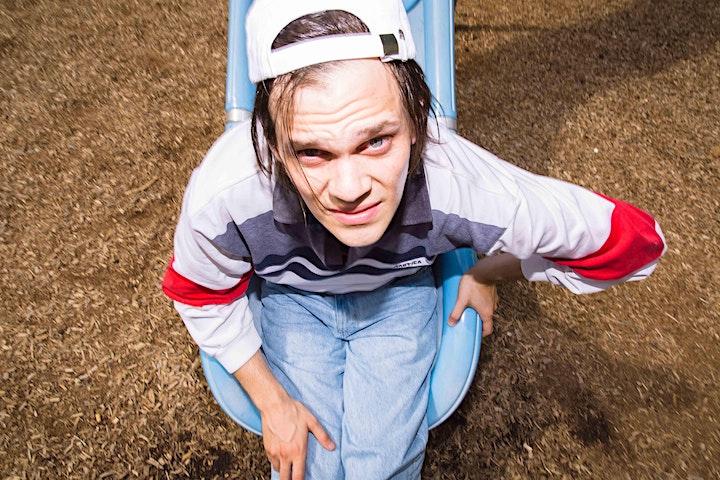 George Clanton first became a known in 2011 as an early leader in the sample-based subgenre “Vaporwave” using the anonymous moniker “ESPRIT 空想”. His 2014 release Virtua.zip is considered by many to be the first vaporwave album composed wholly of original compositions. In 2015, Clanton temporarily dropped the monikers and released an album of vocal-driven pop songs. This record, 100% Electronica was named one of top 10 albums of 2015 by Gorilla Vs Bear. In 2016, Clanton was invited to open for Sophie and Charli XCX at Gorilla Vs Bear’s 2016 SXSW showcase, which Yahoo Music called “the best thing we saw at SXSW all week.”

Following that performance George Clanton formed a record label with his girlfriend Negative Gemini, also called “100% Electronica.” They have been touring and releasing new music from other notable internet niche artists ever since. One of the most notable releases was Clanton’s own remix album 200% Electronica, which sold all 1000 copies within a month of its release in November 2017.

On August 18th 2018, George premiered his latest album Slide in front of a sold out audience at Brooklyn New York’s “Elsewhere”. Shortly after selling out all copies on pre-order reservations alone, Slide went on to receive positive reviews from Pitchfork and The Needle Drop where Anthony Fantano deemed it “orgasmic.”