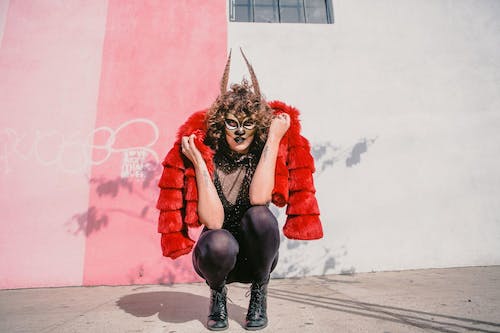 Dani Bell and the Tarantist 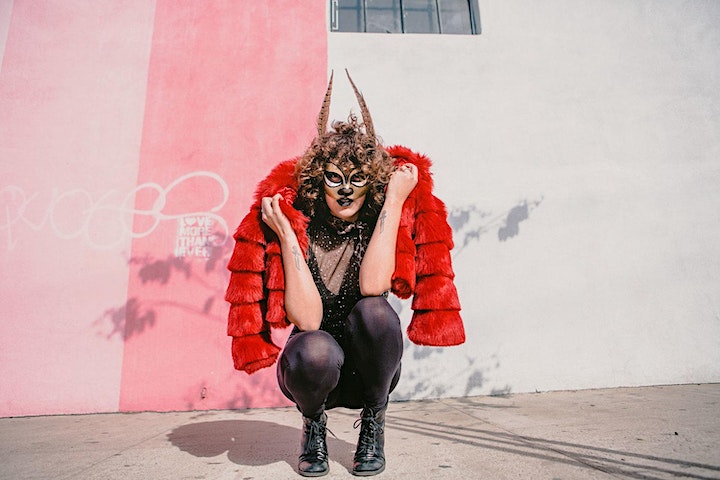 For an artist who sings with vulnerability and introspection, Dani Bell offers scarce hints of a persona through her performance with Dani Bell and the Tarantist. On stage, the singer’s face is partly concealed by a feathered commedia dell'arte mask, which she procured in the Venice Republic. Her body reveals only a compulsive devotion to the music, the possessed dancing ecstasy of a tarantist.

In a way, she is the cat mask and lion’s mane of platinum blonde hair, but there’s another Dani Bell persona, and beneath that another, like a set of Russian dolls. She’s the unacknowledged daughter of David Hasselhoff. The step-daughter of an Olympic track champion. The biological daughter of a reverend Bell. She might be anybody’s daughter. She might be yours. How old are you?

We know she was born to this life in Southern California in the 1990s, and practices making celestial harmonies on a digital 8-track recorder in her bedroom. Since 2015, she’s been performing as Dani Bell and the Tarantist, with frequent appearances around San Diego and festival appearances at Bottle Rock and Joshua Tree Music Fest.

Dani Bell is associated with the Redwoods Collective featuring Birdy Bardot, The Midnight Pine, Cardinal Moon, Rebecca Jade and the Cold Fact, The Heavy Guilt, Louise Walker and Jake Najor and the Moment of Truth.