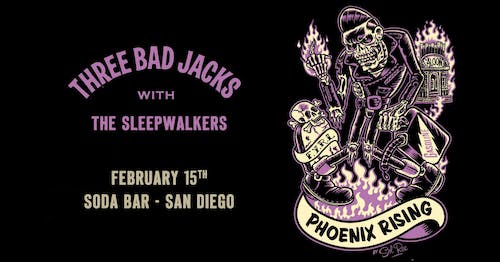 Such a dynamic achievement is the result of a hard earned perspective. One of Los Angeles' hardest working bands--and biggest club draws--Three Bad Jacks have been pounding it out, non-stop, since the late 20th century. Typically averaging over 250 shows a year, selling out rooms from Hollywood to New York City and headlining on numerous European festivals, the groups' dedication and rebel spirit have long since been honed to perfection. It rings true in every note that singer-guitarist Suissa, bassist Freaky Johnny and drummer John Palmer strike, each of whom display a mastery and understanding of the underground American big beat heritage. Variously labeled in the media as both rockabilly and psychobilly, with Pictures & Memories From Home the band has delivered a genuine rock & roll statement, one that not only expands on previous releases Made of Stone and Crazy in the Head but also rates as an important step forward in the artistic exploration of an increasingly bastardized art form.

"I'm really excited about this record." Suissa said. "It's a straight-up rock & roll record that draws from that transitional period of the late '50s-early 60s, but it's also as modern and original sounding as we could make it." The album echoes with trace influences from garage primitivism to stomping Deep Southern rockabilly, yet all of it is filtered through the bands own unique prism, resulting in a sound that "original" scarcely begins to cover. Produced by Suissa, mixed by studio veteran Dave Schiffman (Nine Inch Nails, System of a Down), mastered by Howie Weinberg (Clash, Iggy, Ramones) and featuring key contributions, on keyboards and strings, from Rami Jaffe (Wallflowers, Foo Fighters), the disc has a gloriously full, unruly tone, yet shifts to tender balladry with effortless, fully realized ease (striking examples here are the bluesy "Beautiful" and the heartfelt family-themed "Noah & Jacob's Song").

While use of the word "mature" may seem the contradictory to Three Bad Jacks international reputation as rock & roll wild-men, their mix of the sensitive and savage is impressive, and the ability to navigate such a broad musical spectrum is even more so.

Again, it's all about experience, and with records sales topping 150,000 to date, numerous songs placed on television and video game soundtracks and having long since graduated from selling out hometown venues like the Troubadour, House of Blues, Galaxy Theater, Fonda-Music Box and Key Club to sharing bills and touring with the likes of Joe Strummer, Jerry Lee Lewis, Dwight Yoakam, Social Distortion and Bouncing Souls, Three Bad Jacks are nothing less than a force of nature. All of that wild bandstand action--and after-hours philosophy--brings them an almost supernatural insight that has critically enhanced the band's indisputable natural talent. Just one listen to Pictures & Memories From Home will drive that fact home--loud and clear. 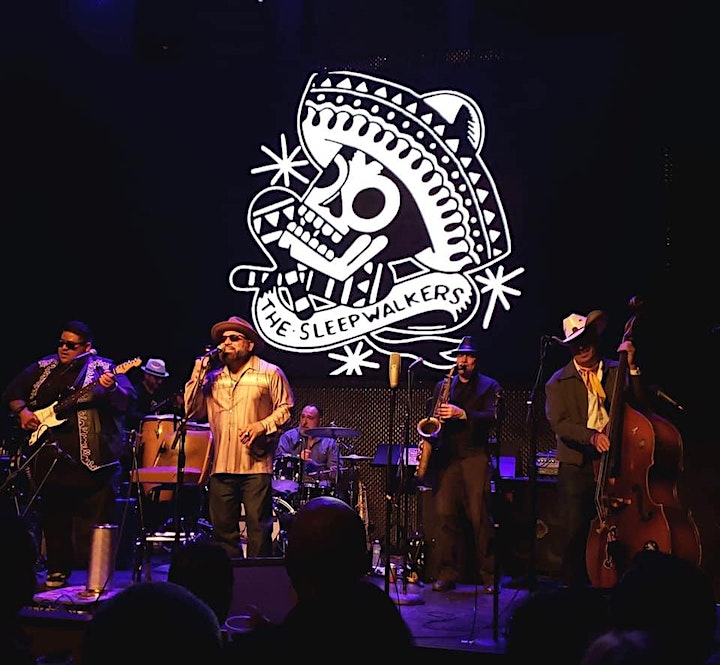 The Sleepwalkers (aka Los Sleepwalkers), are a San Diego based band that specializes in original music, with styles ranging from Rockabilly, Cumbias, and their own brand of down-home Rock & Roll. They are known for their lively and high energy performances that pack in live music venues throughout Southern California.

The Sleepwalkers latest cd Is called "Roots Rockin with The Sleepwalkers, and consists of mostly original songs written by the band. It continues their tradition of mixing original Rockabilly, Country, Cumbia and even some Surf into the mix. The result is "Puro Sleepwalkers... Puro Parti!

Los Sleepwalkers say their music comes from "El Corazon" with much luv.