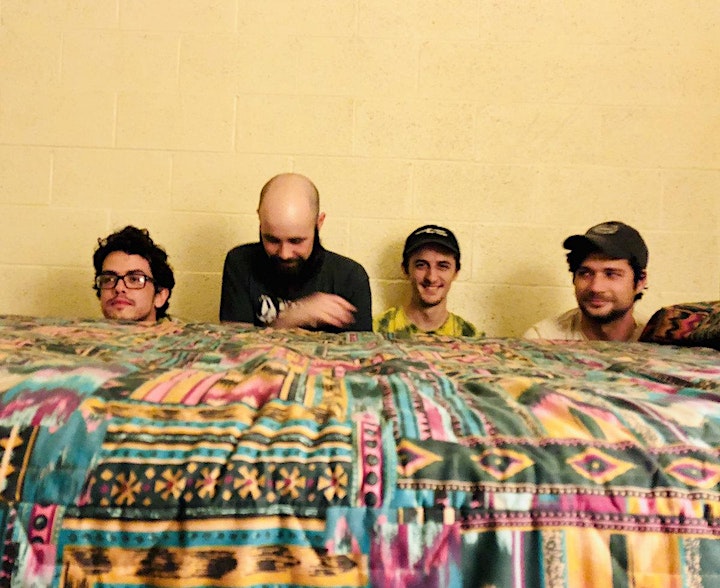 Twin Ponies is an alternative rock band from Tempe, Arizona that began making music in the summer of 2013. A culmination of several other projects, its members have been playing together in one form or another for over a decade, steadily condensing a wide array of influences and experiences into what makes up their current sound. Among many unique characteristics of Twin Ponies‘ music, their ability to flow through shifting tempos and follow live cues is an indicator of the time they have logged in practice and on stage together. The band’s sound has been described by Phoenix New Times as “almost comforting yet distinctly uneasy… [with] twisting meters and sudden key changes.” They attempt to use enough familiar forms to ground the music so that it can lean out over the edge without falling off.

Twin Ponies places emphasis on their live performances, always leaving room for improvisation and even writing moments of free play into their songs. Go see Twin Ponies live, and you will never hear a song the same way twice. They have worked to capture this energy in their recordings more and more with every release. Their self-titled full length record (2017) and their upcoming release “Body on Credit” were both tracked live to accurately transmit the intensity and fluidity of their performances to their listeners.

Twin Ponies has played hundreds of shows since 2013, and they take advantage of Phoenix’s unique position as a connecting point for touring bands, opening for and hosting countless other groups, especially those east of Arizona. With their new record coming out in the fall of 2019, they will continue to take their dynamic, heartfelt cacophony on the road expanding their reach beyond the southwest and bringing an unexpected sense of satisfaction to their audience.